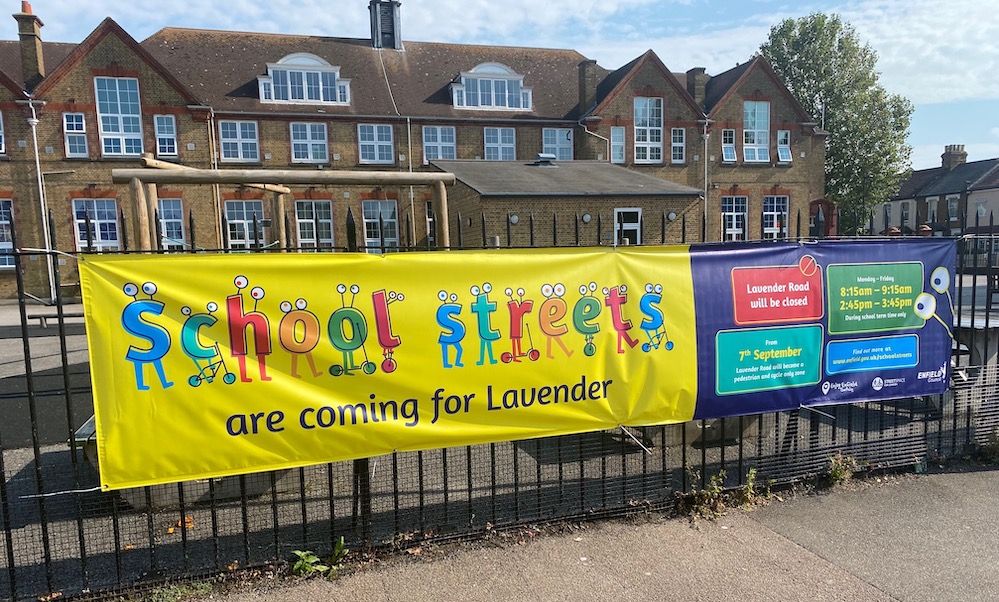 Lavender Primary School has joined the School Streets initiative to make the roads safer for children and their families.

Parts of the roads surrounding the school are now closed to motor vehicles at drop off and pick up times. It’s hoped that not only will this make the journey to school safer, it will help the school’s community become healthier by encouraging people to walk or cycle to school.

The scheme, which was featured on BBC News this week, is already having a positive impact. Acting Deputy Headteacher Sarah Finch explains: “After only one week, we have seen a huge increase in the number of families walking, cycling and scooting to school, and traffic surrounding the school has also reduced considerably.

“The BBC London news team came to film and report on the success of the initiative. They interviewed several parents, all of whom had very positive things to say about it!”

To find out more about the School Streets initiative, visit: schoolstreets.org.uk​