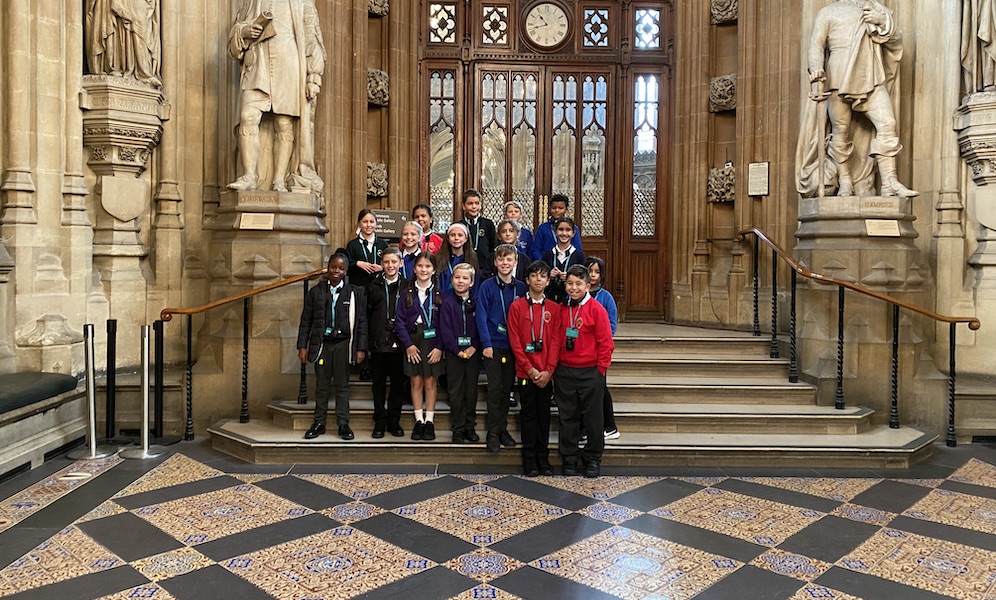 Children across Enfield and Hertfordshire have launched a campaign to make free fruit and vegetables available to all pupils in schools.

The Ivy Parliament, which is made up of elected pupil representatives from each of our 11 schools, has already got down to work, starting with a trip to the Houses of Parliament where they went on a tour and attended a workshop to get campaign tips.

Since then, they have met with the CEO and Chairman of Ivy Learning Trust to discuss their views and started writing to their local MPs. They are also planning to launch a petition and hold a healthy eating poster competition to rally support.

Yeliz explains: “Each year the Ivy Parliament chooses one Trust-wide campaign to focus on, as well as other initiatives unique to their own schools.

“Pupils in Key Stage 1 already have access to free fruit and vegetables in class, but Key Stage 2 children don’t. The Ivy Parliament feels that this is age discrimination and that it should be available to all children, to create a fairer society, promote healthy eating and benefit pupils who haven’t had breakfast before coming to school.

“The children have so many great ideas and have already met with the CEO of Ivy Learning Trust, who has pledged to support the campaign, starting with giving every school an apple tree. They have also written to local MPs to ask for their backing.”

In their own schools the Ivy Parliament representatives will be campaigning for other causes, including greater diversity of books in classrooms, getting a pelican crossing outside school, developing an outdoor learning space and creating a confidence club.

Yeliz says: “The children have been brilliant. I’ve been so impressed with their ideas and enthusiasm. They really believe in these causes and are proud to be part of the Ivy Parliament. We may be seeing some politicians of the future!”

Yeliz adds: “It’s also been a great opportunity for them to meet children from other Ivy schools and make new friends. They’ll be meeting again next term to discuss their progress and decide on the next steps in their campaigns.”

The Ivy Parliament was created to give children a voice in educational and social issues. It has previously lobbied successfully to ban single-use plastic bottles from Ivy schools.