Ivy children take to the stage 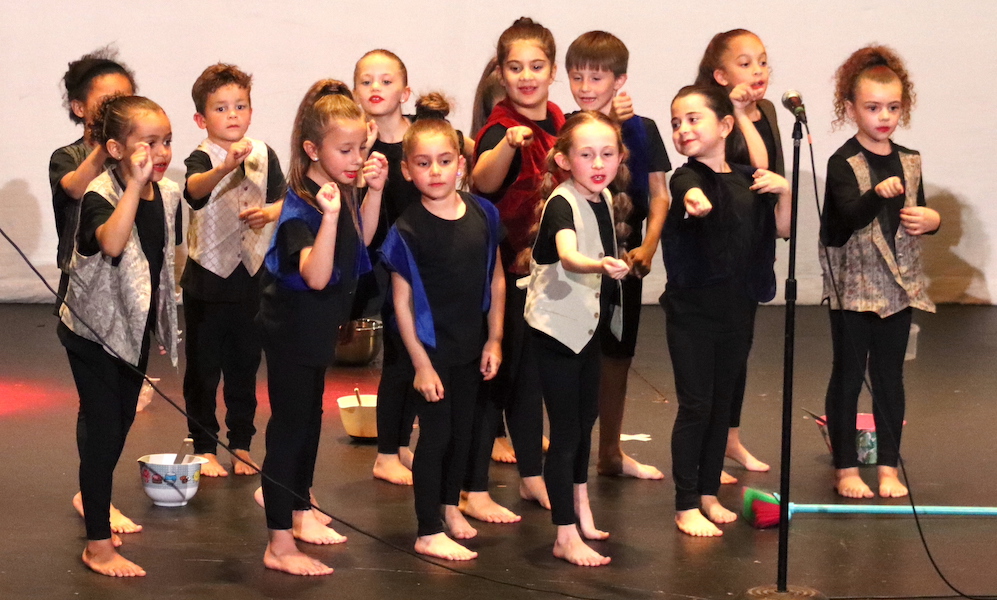 More than a hundred children from schools across Enfield and Hertfordshire took to the stage to showcase their talent and diversity in a night of exciting performances.

Pupils from nine primary schools, which are all part of Ivy Learning Trust, appeared at the Wyllyotts Theatre in Potters Bar for an event called Ivy’s Got Talent.

Musicians, actors and dancers aged between five and eleven trod the boards in front of a packed audience of parents from across the schools.

It is the second Ivy’s Got Talent event, with the first one held at Enfield’s Dugdale Centre in 2019. Matthew Kleiner-Mann, Chief Executive of Ivy Learning Trust, explains: “Ivy’s Got Talent is all about bringing our schools together and celebrating the talent and diversity of our amazing pupils. It was an incredible evening and such a delight to see how much the children enjoyed performing on the big stage in front of their parents.”

The event was compered by children from Churchfield Primary School in Enfield. One of them, Mycah, aged ten, says: “It was such an enjoyable evening. Everyone was so excited backstage, and all the performances were brilliant. My favourite part of the night was being able to meet and interact with lots of children from other schools.”

While the children were full of smiles, in the audience there wasn’t a dry eye in the house. Laura Walmsley, whose daughter goes to Walker Primary School in Southgate, says: “The performances were fantastic. I had tears in my eyes from the beginning to the end. It was an amazing achievement from all the children.”

Natalie Kelly, whose son goes to Woodside Primary School in Goff’s Oak, adds: “It was lovely to see the children performing, especially after the last couple of years that they have had. It was my little one’s first time in a theatre, let alone on the stage, and he was very excited. It was a wonderful evening.”

Woodside Primary School parent Sev Safer says: “It was overwhelming to watch our children on stage. They were all so brave and talented. It was lovely to see such a range of acts and diversity, and for everybody to be included. It was a fantastic performance.”