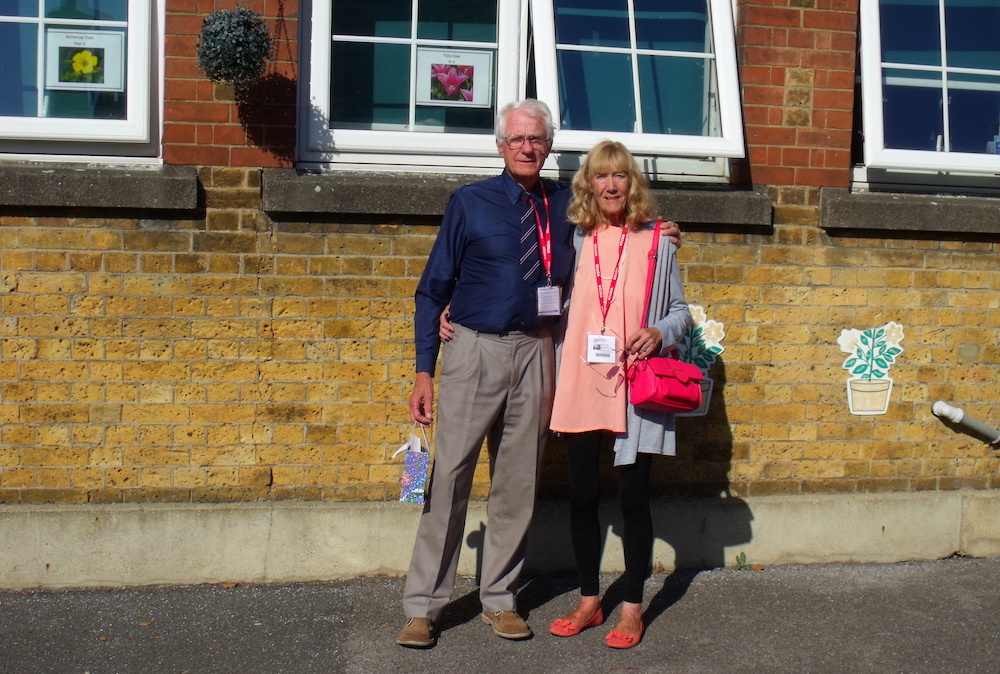 Two former pupils who attended Lavender Primary School in the 1950s have returned to the school for a special tour.

Roger, who now lives in South Africa, and his friend Shirley visited the Enfield school together more than 65 years after they left.

Despite being the same age, the pair weren’t in the same class because girls and boys were taught separately in different parts of the building. And that’s just one of many things that have changed at the school since Roger and Shirley, who both turned 76 this month, were in education.

Jodie Corbett, Head of School at Lavender, said: “There were lots of new things at the school, including our media learning zone, which Roger and Shirley enjoyed seeing and finding out more about. But they said that many things had stayed the same including the upstairs classrooms, even the radiators and doors looked the same!”

The former pupils aren’t the only special guests to have attended the school for a VIP tour this year. In February the Duchess of Cambridge visited Lavender to mark Children’s Mental Health Week, where she chatted to pupils and parents.