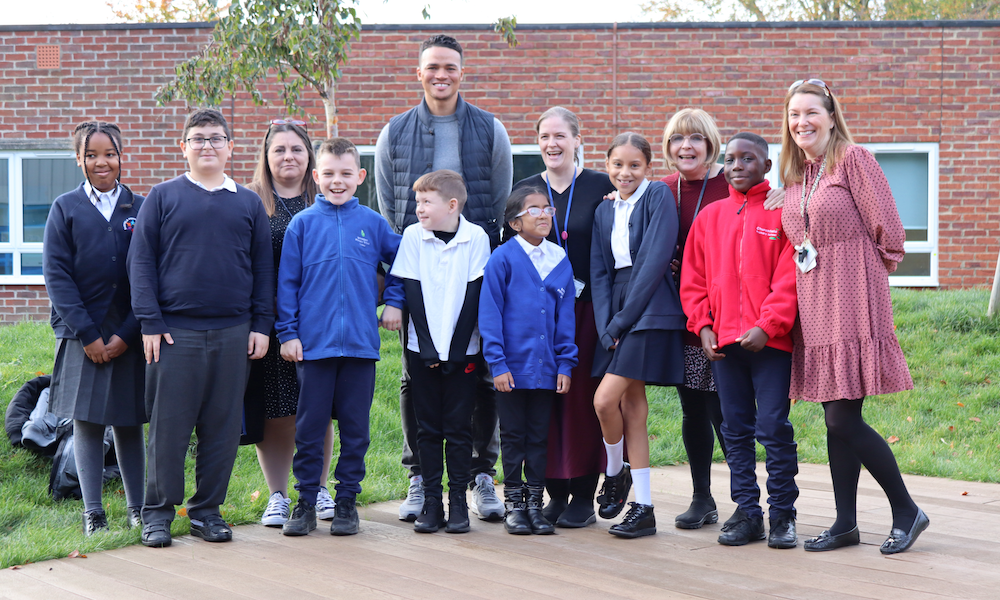 Children from three Enfield schools had a visit from footballer turned TV presenter Jermaine Jenas to discuss the importance of attending school and being on time.

The former England player spoke to pupils from Brimsdown, Churchfield and Eastfield Primary Schools about his own experience of growing up, school life and achieving his dream of becoming a footballer. Jermaine admitted that he had a plan B to train as a physio if football didn’t work out and that his mum promised she would do everything she could to support his dream, as long as he worked hard at school too. He encouraged the children to aspire, have goals and not to give up.

Jermaine, who is director of education recruitment company Aquinas Education, also spoke to parents during his visit as part of a drive to improve school attendance.

Brimsdown Primary School headteacher, Dani Lang, explains: “Attendance and punctuality are our key focus areas and we’ve been promoting this in different ways, such as through our walking bus scheme, certificates and incentives.

“When a child is a few minutes late for school it doesn’t seem like much, but not only does it take them longer to settle into class, it adds up over the course of the academic year. Being just ten minutes late a day equates to nearly 2,000 minutes of lost learning.”

Dani adds: “School is the best and safest place for children, and I think this resonated with both pupils and parents when they heard from Jermaine. His story is inspirational because it shows what is possible with dedication, hard work and determination.”

Jermaine, who has four children, regularly talks at schools across England but his trip to Enfield was his first school visit in nearly two years because of Covid.

He says: “It’s great to be back in schools again. Every time I see the children smiling and the look on their faces as they listen, it’s incredibly rewarding for me. What I’ve always wanted is to make a difference, and even if just one child came to me later and said that it had an impact on them, it would make it worthwhile.”