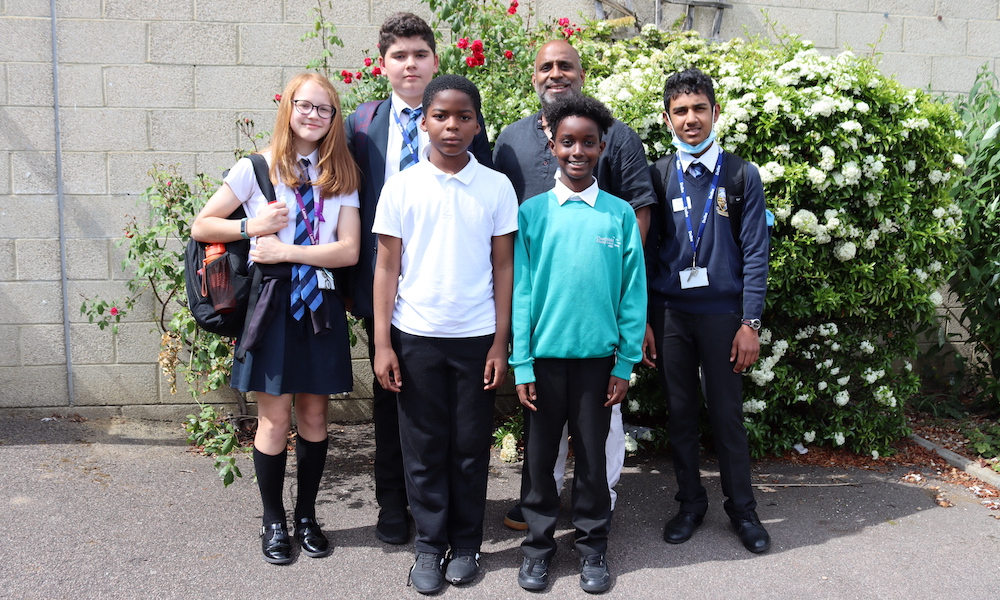 A renowned consultant neurosurgeon who grew up in Edmonton has returned to his old primary school to share his experience and encourage children to aim high.

Mano Shanmuganathan, who went to Churchfield Primary School, spoke to pupils about how his time at school inspired him to achieve his dream of becoming a doctor.

Mano was joined by pupils from The Latymer School, which he also attended, as part of a drive to encourage more disadvantaged children to apply to the school.

The event was organised by Ivy Learning Trust with The Latymer School and children from four Enfield schools – Churchfield, Brimsdown, Lavender and Walker – attended.

Matthew Kleiner-Mann, Ivy Learning Trust CEO, explains: “Many children from Enfield schools have gone on to thrive at The Latymer School and beyond but there are some pupils who don’t even consider applying, often because they don’t think they’re good enough to get a place. We want the children to see what they are capable of achieving.

“It was such a pleasure to welcome some of our former pupils back, to hear their experiences and see them chatting with children from their old primary schools. They had so many positive things to say about school life at The Latymer and afterwards I know that the children were incredibly inspired by what they heard.”

Matthew adds: “The event was such a success that we’re now planning to hold it annually and we hope that children from more Enfield schools will attend in the future.”

The Latymer School has been serving its local community since 1624. Each year it has 20 places available for local children on Free School Meals who rank 900 or higher in the maths and verbal reasoning test.

Mano, who attended The Latymer from 1988-95, is now one of two paediatric neurosurgeons in Northern Ireland. In 2019, he took part in Channel 4’s series Bear Grylls Treasure Island, which he says was a life-changing experience.

Mano says: “I grew up in Edmonton and went to two amazing schools. Churchfield took me in and made me feel part of a community. It instilled values in me, like responsibility, respect and kindness, and this played a part in my future decision to become a doctor.”

Mano adds: “My education continued at The Latymer School and the support I received there gave me the confidence to go on to study medicine at university. I’ve been able to do some amazing things in my life because of these two Enfield schools and I hope that my journey can encourage the next generation to aim high and chase their dreams.”