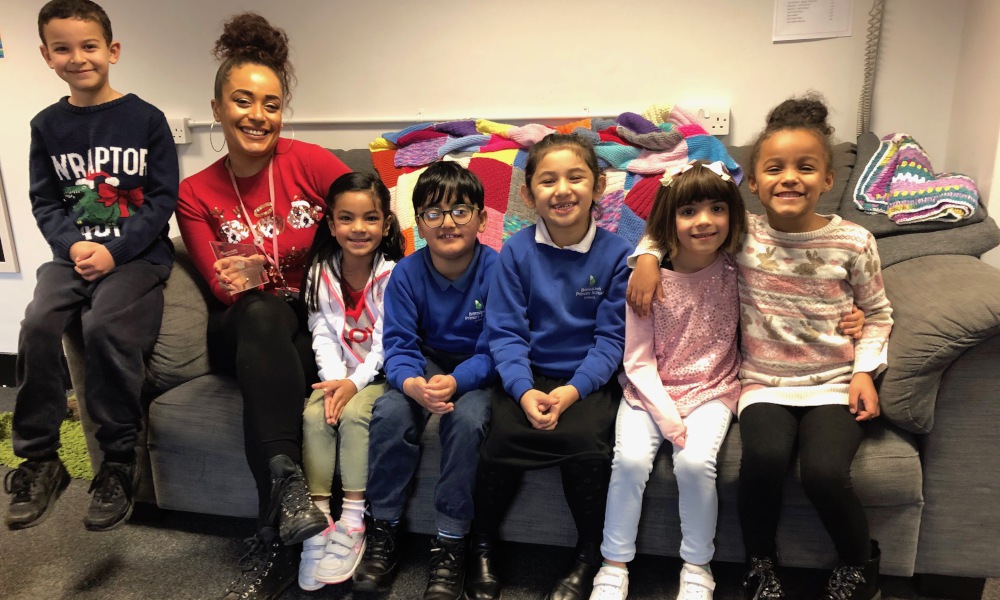 A teacher from Brimsdown Primary School has won a prestigious national teaching award.

Alysha Allen, who is profoundly deaf, was named New Teacher of the Year at the TES Schools Awards 2020. She was one of eight finalists for the award and the winner was announced during a virtual ceremony on Friday.

Alysha impressed judges with the way she teaches and motivates her class using a combination of British sign language and lip reading. Not only do her pupils love learning, many have become fluent in signing too. Alysha was nominated by her colleagues at the school who were inspired by the way she engages the children she teaches.

Announcing the winners, the TES wrote: “Teaching and engaging an entire class of primary pupils is already an achievement for a new teacher. However, having them all progress to above average performance in maths while profoundly deaf, and using a combination of sign language and lip reading to interact with a class of hearing children, is the mark of an exceptional talent.”

Earlier this year, Alysha was also given the Special Contribution Award at the Teacher of The Year ceremony hosted by Maths Hub London North East, a programme involving around 600 schools.

Acting Headteacher, Eleanor Painter, says: “Alysha has inspired us all with her positivity and resilience. She is a fantastic role model for children and teachers everywhere.”

Every child at Brimsdown learns sign language, which has helped to create an inclusive and supportive environment. The school has been recognised as an accredited hearing impairment resource base for more than 10 years by Signature, the leading awarding body for deaf communications qualifications in the UK.

The TES Schools Awards celebrate the extraordinary commitment, quality and innovation shown by teachers and school staff across the UK.

Alysha says: “I always knew there was a chance when I saw my name being shortlisted but I didn’t actually think I would win! I’ve always wanted to be a teacher who inspires learning, feeding children’s inquisitiveness and curiosity, so I always try my best to make the lessons stimulating and engaging.

“Winning was a surreal moment because the award is so well known but also a real proud moment for myself and Brimsdown School, who have supported me from the beginning.”