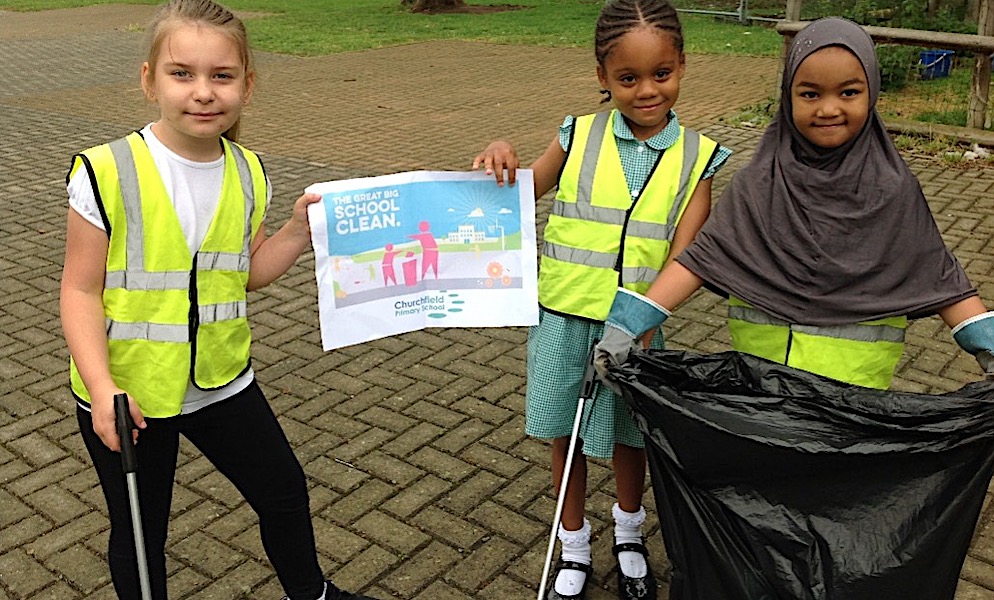 Mini eco-warriors at Churchfield Primary School pledged their support to clean up the nation as part of a million-mile litter-pick campaign.

The children took part in this year’s Great Big School Clean event, which is run by Keep Britain Tidy. The goal was for children up and down the country to help litter-pick a distance of a million miles – the equivalent of going to the moon and back twice.

Thanks to the collective effort of children across the nation, the target was met.

Churchfield Headteacher Nicki Jaeggi says: “The children had fun being outdoors and got great satisfaction from looking after our school environment. Our community of litter heroes managed to litter pick a distance of 1.16 million miles, making our planet cleaner and greener. An amazing achievement which Churchfield was proud to be a part of.”