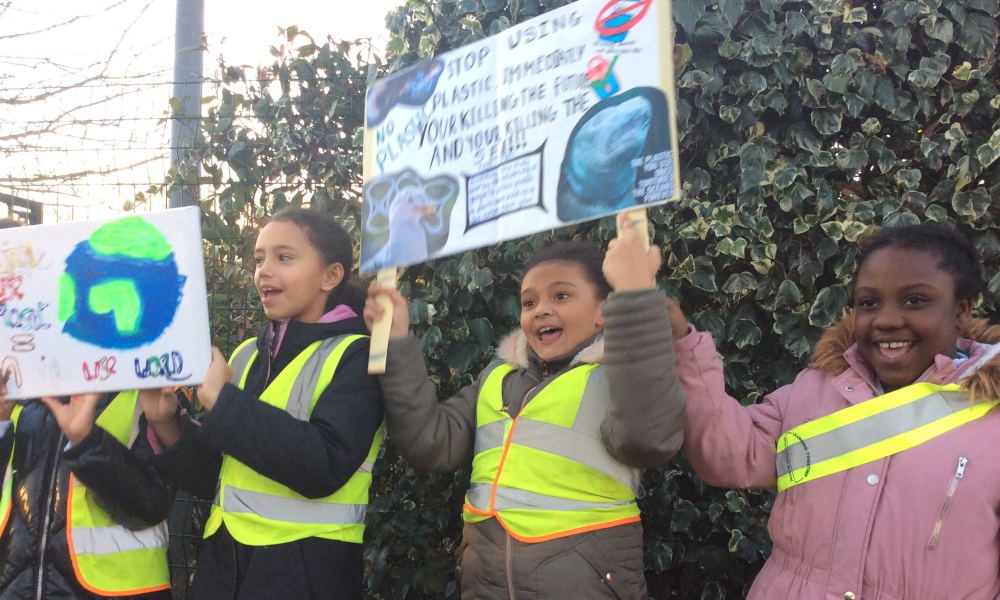 Ivy children across Enfield and Hertfordshire have been protesting against the use of single-use plastic bottles in their schools.

Children at our seven primary schools staged events this month, urging parents and pupils to ditch the bottles in favour of reusable alternatives, which are better for the environment.

The protests mark the start of a new campaign by the Ivy Parliament, a group of pupils from each school in the Ivy Learning Trust. The children want to eliminate single-use plastic bottles from schools by the summer and reduce use in the local community.

Matthew Kleiner-Mann, Leader of the Ivy Learning Trust, says: “The Ivy Parliament empowers our children to act on issues that concern them and teaches them about democracy and parliament. Children are the leaders of the future and it’s important that they understand the challenges our planet faces and the role they can play in making a difference. They feel very strongly about ensuring they’ve got a better world for the future.”

Matthew adds: “Young activists like Greta Thunberg have inspired a generation of children and we are extremely proud of our pupils who have really taken the lead on this campaign and are passionate about making our schools and communities eco-friendly.”

Ten-year-old Selvin, an Ivy Parliament member and pupil at Churchfield Primary School, says: “We hope the protest convinced many children to not use single use plastic. The banners were amazing and we even made our own chants. We had so much fun and parents joined in too. Let’s hope that there’s no more single use plastic in school.”​