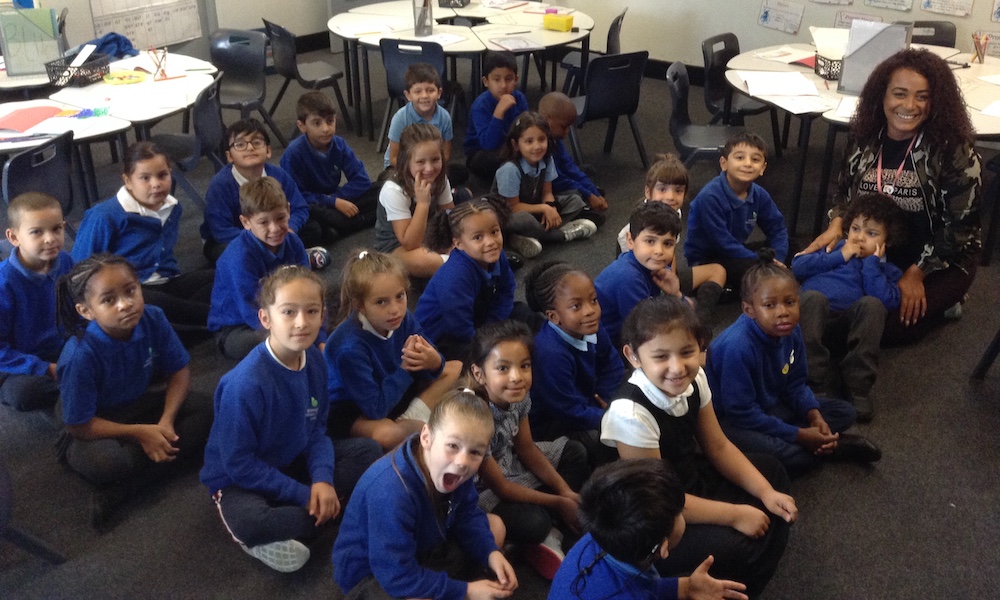 A profoundly deaf Enfield primary school teacher has been named as a finalist for a prestigious national teaching award.

Alysha Allen, who teaches at Brimsdown Primary School, is one of just eight teachers to be shortlisted for the New Teacher of the Year title at the TES Schools Awards 2020.

She was nominated by her colleagues who were inspired by the way she engages, communicates with and motivates her pupils. Alysha teaches children at the mainstream school using a combination of British sign language and lip reading. Many of the children in her class have become fluent in signing as a result.

Brimsdown Acting Headteacher, Eleanor Painter, says: “Alysha is absolutely captivating to watch. She teaches and engages an entire class of hearing children and they love her lessons. It also gives them the opportunity to learn sign language, which not only creates an inclusive environment, but it helps with language and speech development too.”

Eleanor adds: “When schools closed because of Covid-19 and we had to move to online teaching, it was a challenge for everyone but even more so for Alysha. But she refused to let this be a barrier. She conducted live lessons throughout lockdown, using subtitles and sign language to communicate with her class. Throughout this period, she remained absolutely committed to ensuring that the children continued to learn.”

Earlier this year, Alysha was given the Special Contribution Award at the Teacher of The Year ceremony hosted by Maths Hub London North East, a programme involving around 600 schools. Her story was also featured on BBC News.

Eleanor says: “We are delighted that Alysha has made the final of the TES Awards, she is a true role model and really deserves this recognition. We are incredibly proud of her and we wish her the very best of luck on the night – we’ll all be rooting for her.”

The TES Schools Awards celebrate the extraordinary commitment, quality and innovation shown by teachers and school staff across the UK. The 2020 winners will be announced during an online ceremony on Friday 13 November.

Alysha says: “I’m shocked and thrilled to have been named as a finalist. I love teaching and I hope that my experience proves to anyone who is deaf and wants to be a teacher but feels like they can’t do it, that they absolutely can.”